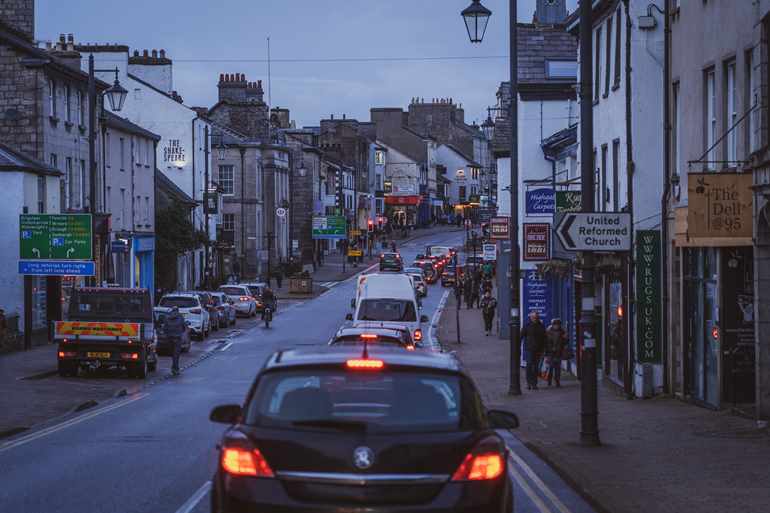 The UK's most congested roads outside of London

Anyone who drives in London knows that it's home to some of the UK’s most congested roads. The North Circular and M25 are both particularly bad, thanks to the overwhelming number of drivers they both serve.

However, London isn't the only city in the country home to horrific traffic jams and nightmare congestion. Other places feel the brunt of universal car ownership, too – and have done so for an extremely long time. Many of these roads are dangerous, increasing the value of taking out vehicle replacement gap insurance for motorists who use them regularly.

Read on to see the roads named and shamed who are some of the UK’s major traffic jam culprits!

A1 from Washington Services to Lobley Hill, Gateshead

The Great North Road is often a joy to drive, particularly early in the morning at the weekend. Cruising past Peterborough, Stamford, and Grantham in the Midlands, you often have the entire road to yourself.

However, that’s not true of a short six-mile section of the A1 located between Washington Services and Lobley Hill in Gateshead. According to a new report, average speeds here are just 28 mph during peak hours, well below the 70 mph speed limit.

The reason for the congestion? High rush hour traffic combined with two-year roadworks worth £15 billion designed to upgrade the section.

"Drivers who regularly travel the A34 in Birmingham from Highfield Road to Highgate Middleway experience the longest cumulative annual delays outside London."

Leeds Road, which runs from Harrogate Road to Bradford Road, is another big national offender. According to research, the average driver here wastes more than 44 hours per year sitting in traffic. That’s less than the 61 hours spent in congestion on London’s North Circular but still more than practically any other road in the country.

A34 between Winchester and Salford

The A34 stretches more than 151 miles from Winchester in Hampshire, through parts of Birmingham, all the way to Salford in Greater Manchester. Over the years, it has received major extensions, with the last being the final section to Manchester in 1935.

The A34 encounters several busy destinations along its route, and is notorious for its high number of traffic accidents, according to the RAC. Among the worst is the Peartree Interchange, just northwest of Oxford. Several roads meet here, with multiple roundabouts bringing them all together, making them hard to navigate.

The Great Barr Interchange, where the A34 meets the M6, is another problem hotspot. Sliproads connect to the inside of the roundabout, instead of the outside, making it confusing for drivers.

Drivers who regularly travel the A34 in Birmingham from Highfield Road to Highgate Middleway experience the longest cumulative annual delays outside London. Average time spent in traffic totals more than 44 hours per year.

A14 from West Midlands to Felixstowe

The A14 is undoubtedly one of the busiest roads in the country, running from the port town of Felixstowe in Suffolk as far as Rugby in the West Midlands. Before the recent upgrade, the section of A14 between the Cambridge turn-off and the merging with the A1(M) at Peterborough was subject to daily delays, both because of the volume of traffic and ongoing roadworks. Improvements have largely fixed this particular issue, but there are still problems elsewhere.

Roadworks, for instance, are a regular feature at junction 29, Bar Hill. Traffic buildup is a common sight. There are also regular problems at the impressive Orwell Bridge near Ipswich, where high winds cause closures and heavy queuing.

A264 at Tunbridge Wells

The A264 junction at Tunbridge Wells is a major traffic hotspot in Kent. It connects several busy roads, including Lansdowne Road, Royal Victoria Place, and Calverly Road. Avoiding this junction during peak hours is advised.

Junction 24 on the M1, also known as the Kegworth Interchange in the East Midlands, provides connections to major trunk roads, including the A6, A50 and A453. Congestion here is frequent, made slightly worse in the past by works to improve the junction and surrounding road system.

Junction 15 on the M5, also known as the Almondsbury Interchange, is a massive four-level stack interchange that connects the M32, M48 and M4. During peak hours, the M5 can become quite congested in this area.

Boreham Interchange on the A12

Lastly, we have the Boreham Interchange at junction 19 on the A12. It sits between the city of Chelmsford to the west and the village of Boreham to the northeast. Works are currently underway to improve it, including an innovative new roundabout system, designed to streamline the many small junctions that feed into the road system. Currently, there are frequent traffic jams on the northbound sliproad from the A12 as well as congestion on other approaches, both from Chelmsford and Boreham.

Major toll roads in the UK