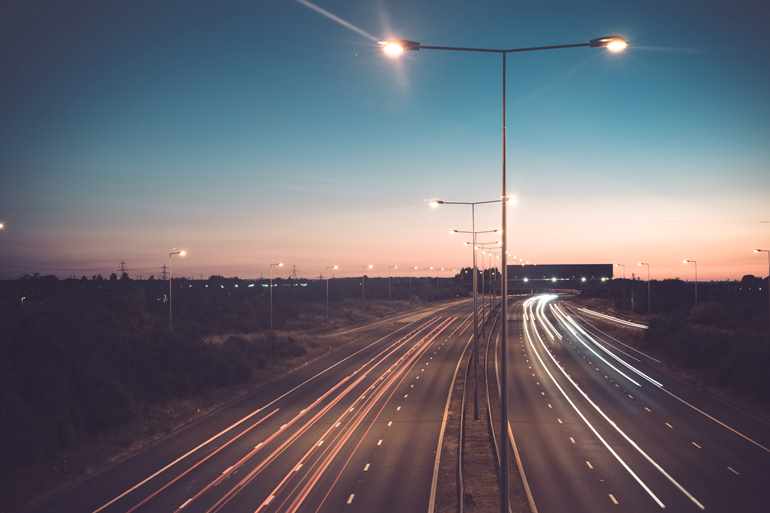 Smart motorways have been a hotly debated topic for a number of years now, which has caused the UK government to pause their rollout of smart motorways until at least five years of safety data is available. Although a full rollout has been put on hold, there are still large portions of our roads that use the smart motorway system. As a result of this, it's more important than ever to truly understand how they work and what to look out for.

In this article, we are going to take a look at what smart motorways are, how you should use them and the risks associated with using them improperly.

A smart motorway is a road designated as a motorway that uses traffic management technology to lower congestion and increase efficiencies for road users. The aim is to use these systems for particularly congested areas to ease the traffic.

Smart motorways implement a number of unique features to ease congestion, such as opening up hard shoulders to use them as a driving lane and implementing variable speed limits that can stem congested traffic.

These motorways are developed and maintained by Highways England with aims to lessen our environmental impact when driving and to make motorway travel more efficient without adding new lanes.

"Statistics released from Highways England clearly outlines that smart motorways are beneficial. Journey reliability is improved by over 20% when using a smart motorway and personal injury accidents are cut in half."

The different types of smart motorway

There are three different ‘schemes’ or types of smart motorways currently in use on British roads. They are:

According to the BBC, smart motorways are statistically safer than standard motorways. However, there are concerns that removing the hard shoulder could be dangerous. With that said, the addition of emergency refuge areas should be enough to accommodate for the lack of a hard shoulder.

Statistics released from Highways England clearly outlines that smart motorways are beneficial. Journey reliability is improved by over 20% when using a smart motorway and personal injury accidents are cut in half.

What fines are in place for driving on smart motorways?

As with any other road in the UK, the standard road rules apply to smart motorways. There are a few things to remember, though:

Speeding: You are much more likely to get caught speeding on a smart motorway, so be careful. There are a lot of cameras on smart motorways and they can detect motorists who are speeding. Even in situations where variable speed limits don’t apply, if you go over the national limit, you could end up with a fine. The current upper limit for speeding fines in the UK is £2,500, so to avoid a hefty bill, it’s best to watch your speed on smart motorways.

Red X fines: The red X signage on smart motorways should always be adhered to. Failure to do so is not only dangerous but you face an automatic £100 fine and three points on your licence if you’re caught. The red X is often used to divert traffic away from accidents, so you’re taking a serious risk if you ignore it.

Quick tips for driving on a smart motorway

Highways England has included some handy tips to remember when you are using a smart motorway. Try to remember these for your next journey:

1. Never drive in a lane that has the red X signage
2. Always stick to the speed limit shown on gantries
3. Solid white lines on the road indicate the hard shoulder. Don’t ever drive in this area unless directed to by signage.
4. If you're concerned there is a problem with your vehicle, exit the smart motorway as soon as you can.

We understand that smart motorways can be difficult to navigate, so we hope this has been helpful and highly recommend visiting some of the supporting links to learn more.